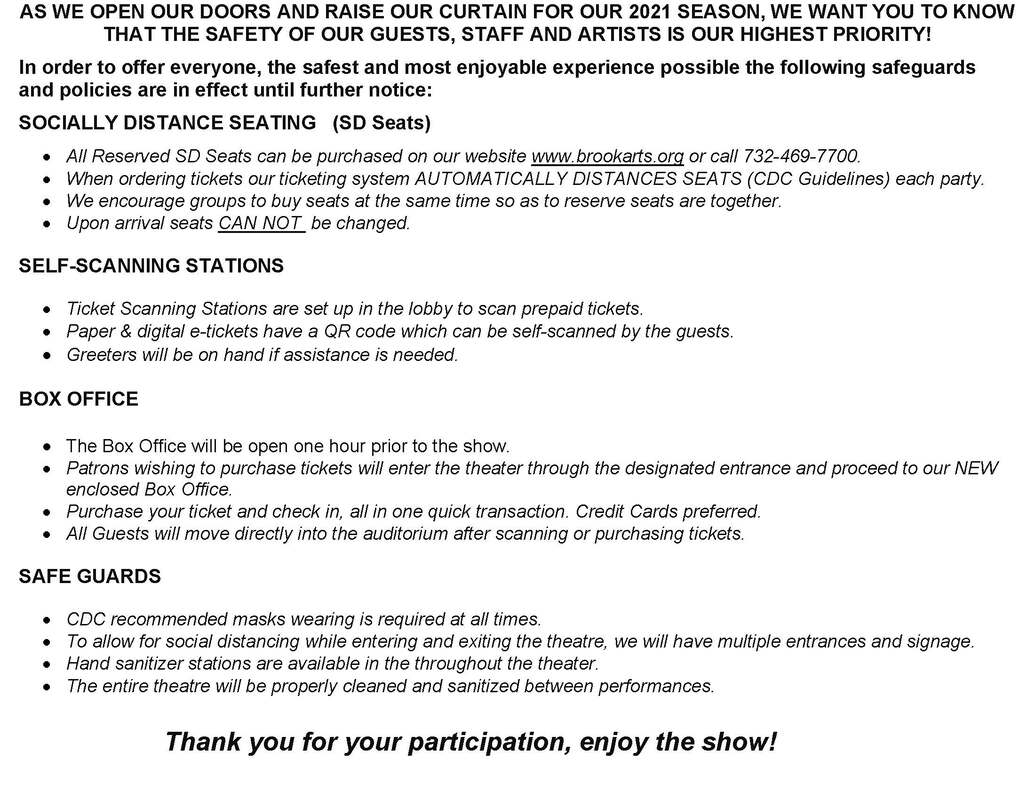 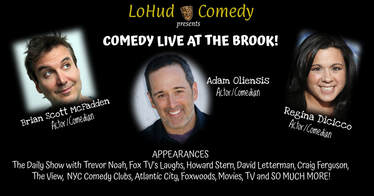 Originally scheduled for Valentine's Day, we are now declaring April 9th the New Valentine Day of 2021! Three of NYC’s most hilarious comedians will take you on a journey of laughter about finding love, being in love, relationships, marriage and so much more! Adam Oliensis, has appeared on The Daily Show with Trevor Noah. Brian Scott McFadden is one of the funniest stand up comics working in the industry. Regina Dicicco can be heard on The Howard Stern Show and has graced the stage with Whoopi Goldberg.  Advance $20  Door $25 ​   ​ 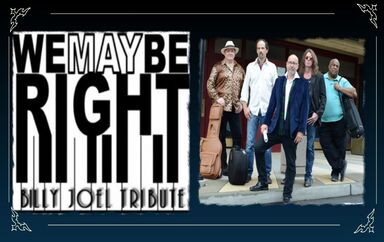 ​​​Back by Popular Demand  -  We May Be Right pays tribute to the music of Billy Joel.  Karl Dietel  and this accomplished band of musicians takes great care to reproduce every nuance, riff, and note of the songs they play to capture the spirit and integrity of the Billy Joel legacy. They have played at the Stone Pony to Fairfield Theater Company. and was voted Hunterdon Happenings Best Band From your favorites to the deep cuts, don't be surprised when you find yourself singing along.
Advance $20   Door $25 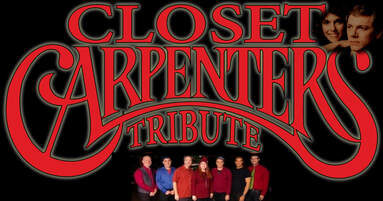 Celebrate the music of the iconic feel good 70s supergroup The Carpenters. This talented band takes pride in the rock 'n roll flavor, dynamics,and energy of the unforgettable classic hits and deep cuts of this renowned duo. As the brand of wholesome music went out of style over the years fans went into the closet.
We are grown up now and it’s time to come out of the dark and celebrate the music of Karen and Richard Carpenter!  Advance Sales $20  Door $25​ ​​​​​ 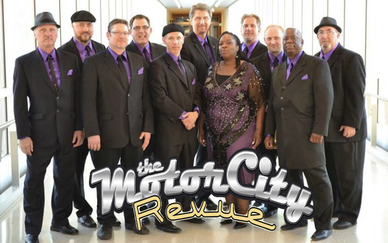 The Motor City Revue -- from Hitsville to Soulsville – this 11-piece band covers the popular and rare Motown hits, plus popular rock and soul classics, and are dedicated to honoring this world-renowned signature sound. Motor City Revue will have you dancing and singing along to the songs immortalized by Smokey Robinson & The Miracles, Marvin Gaye, The Temptations, The Supremes and countless others. Come and enjoy Peace, Love and Soul
Advance $30 Door $35    VIP seating Advance  $35 Door $40 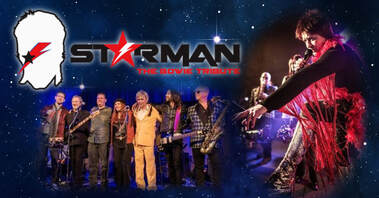 Sunday, May 2, 2021  3pm
​
The original film version of the famed musical Chicago was actually a silent film. Its plot is based on the true story of a woman suspect in a spectacular murder of the early 1920s. Cecil B. DeMille produced this cheeky Jazz Age movie in 1926. 95 years later CHICAGO is coming to the Brook Arts Center with live music played by Bernie Anderson, an organist who specializes in bringing silent films back to life. To celebrate our return to the Brook Arts Center  offering  free to everyone who attends.  At Check out apply the Promo Code : FREEADMISSION 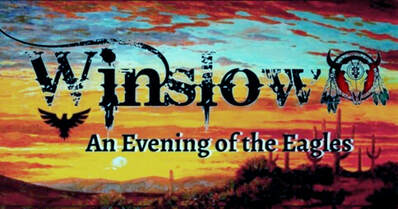 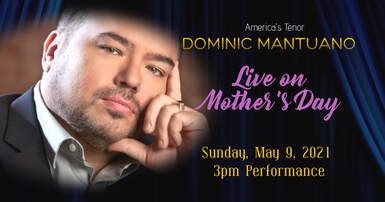 ​​America’s Tenor Dominic Mantuano will showcase some of the latest and greatest hits from Broadway, opera, classic and contemporary hits from the 50s and ’60s, pop tunes, and country music. Blessed with a sonorous, compelling, and engaging voice, Dominic puts his heart and soul into each note of music and every live performance. Known for his versatility, expansive repertoire, and impressive vocal range, Dominic astounds his audiences. Advance $25   Door $30                          Senior and Veteran Discount Available. 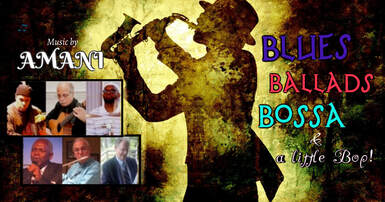 Sunday, May 23, 2021  3pm
​
An afternoon of  “Blues, Ballads, Bossa, and a little bit of Bop” performed by AMANI. These talented professional musicians, Marty Eigen on flute & sax, Fred Fisher on piano, Flip Peters on guitar, vocalist Stephen Fuller, bassist Alex Gressel and drummer Vern Mobley will perform the best of the music from “The Great American Songbook”.
​Advance $20 Door $25 ​

Andy Gross is a multi-talented entertainer who combines standup comedy, magic and ventriloquism making him ne of the most sought after entertainer in the world! An internet sensation with over 100 million views and over 150 sold out shows a year across the country,audiences are spellbound by this amazing performer. His stand-up adlibs are compared to Don Rickles and Robin Williams. His voice throwing and magic are out of this world!
​ Advance $30 Door $35 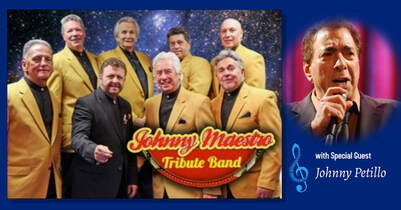 The Johnny Maestro Tribute Band was created by Johnny’s wife, Grace Mastrangelo, who had the vision to keep her late husband’s music and memory alive. Featured headliner Johnny Petillo, formerly of Danny & The Juniors,The Duprees and performs with Tony Orlando on his concert tours.
​Advance $25  Door $30              ​ 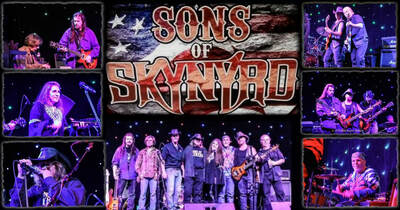 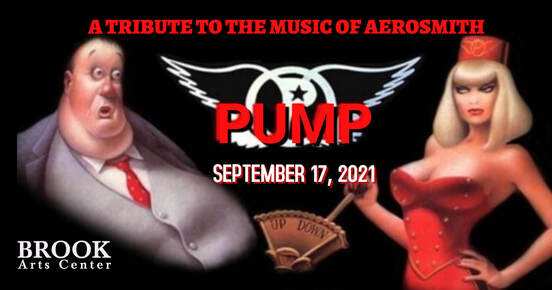 Pump is your premiere tri-state, metropolitan Aerosmith tribute band composed of long time music lovers and aficionados. Covering everything the “Bad Boys from Boston” have put out since their 1973 self titled album “Aerosmith” up to today’s hits. Lead by Chandler Mogel on lead vocals and Frank Tassielli on bass,The next best thing to seeing your favorite band live is to see this talented tribute band recreate the same experience, looks and sounds of the real deal.
Advance Tickets $20 Door $25​ 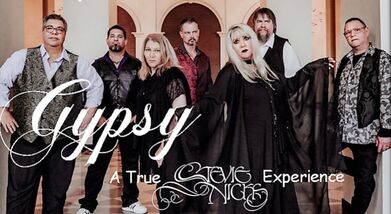 ​Saturday July 17, 2021 - 8 pm
​
This premier Stevie Nicks Tribute Band recreates the music of the bewitching rock icon, legendary singer-songwriter and Fleetwood Mac and Stevie Nicks. Sabrina Staats, as Gypsy will take you on a magical, musical journey through time and will leave you believing you are actually in the presence of Stevie herself. Encounter a True Stevie Nicks Experience!  Advance $20  Door $25    ​ 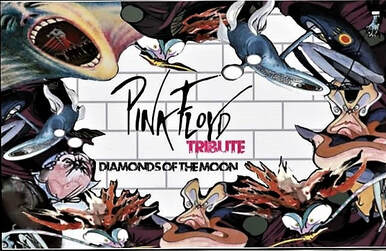 Diamonds of the Moon pays tribute to the music of Pink Floyd, giving audience an experience similar to a Pink Floyd concert! The band plays all the classics, highlighted by lights, fog, lasers, and video!  These professional musicians perform all the parts with precise detail, with the iconic live sounds of Pink Floyd such as saxophone, slide steel guitar, roto toms, and acoustic guitars. 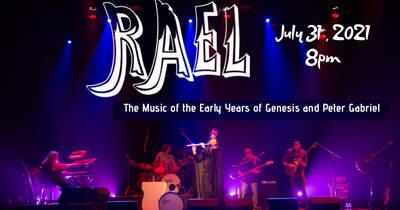 The Music of Genesis will recapture the energy and originality of the early stage performances by Genesis  RAEL pays homage to the most groundbreaking and influential band in the progressive rock genre and faithfully reproducing full album versions from the Peter Gabriel and Steve Hackett days of Genesis.  RAEL also includes solo Peter Gabriel hits.
​Advance $20  Door $25 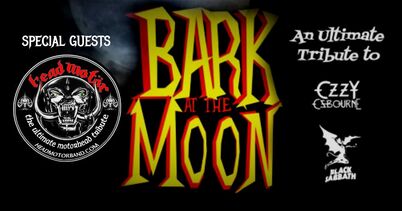 ​Bark at The Moon and Head Motor captures the live performance of Ozzy and Motorhead! Complete  with blazing guitars, thundering drums, pulsating bass, tharmonies, and keyboard textures.Coupled with the unmistakable impersonation of Ozzy Osbourne and Lemmy Kilmister, the forefathers of the New Wave of British Heavy Metal. Advance  $20   Door $25     ​ 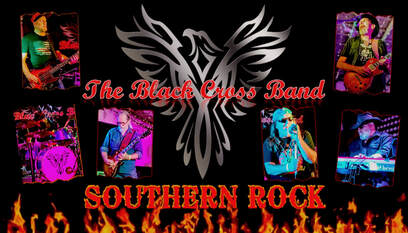 ​The Black Cross Band is dedicated to bringing you the best Southern Rock concert experience you ever had! The Black Cross Band is made up of six  seasoned musicians with years of  experience and dedication to paying tribute to Southern Rock bands – from the Allman Brothers to ZZ Tops.  Let us just say, when it comes to rockin’ the house southern style,  it doesn’t get much better than this!  Advance Tickets $20 / Door $25 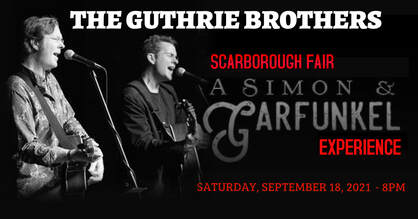 Saturday,  September 18, 2021 - 8pm
​
​The Guthrie Brothers will take you on a journey of one of the world’s most recognized folk-rock duos, Simon and Garfunkel. Through songs, stories, and trivia, Jeb and Jock blend their rich voices together to weave an enjoyable tapestry that leaves every audience member smiling and singing along. From their mesmerizing rendition of Sound of Silence to their playful version of Cecilia, prepare to fall in love again with the music of Simon and Garfunkel.                    Advance  $25  Door $30 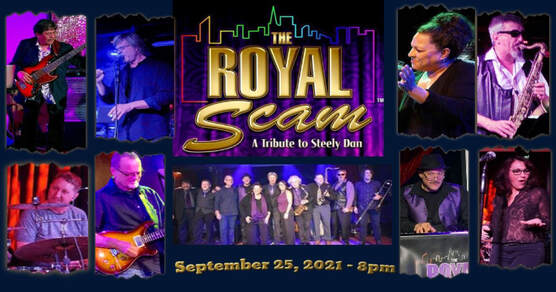 The Royal Scam has been performing the classic rock music of Steely Dan to packed houses and cheering crowds since 1992. The Royal Scam radiates a spirit of vitality, authenticity, and intimacy that breathes new life and emotional energy into the music. Touted by NJ Monthly as one of the Top 10 tribute bands to experience, the band's stellar musicianship and attention to detail for every song have garnered them a large and loyal fans.   Advance $30 Door $35 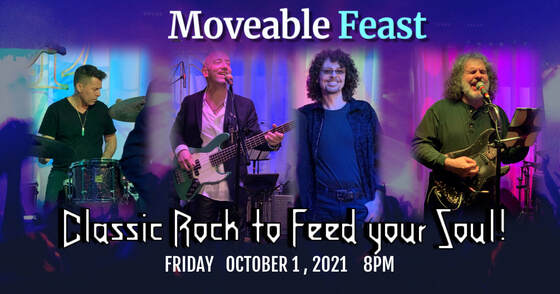 Friday,  October 1, 2021  - 8pm
Appearing for the first time at the Brook Arts Center, Moveable Feast brings a delicious mix of rock and roll to the stage. The band members that make up Moveable Feast are top level music business veterans with credits that include Blood Sweat & Tears, Average White Band, Smokey Robinson, Art Garfunkel, José Feliciano, and many others.  Not content to merely replicate timeless classics, Moveable Feast is reinventing the music.  You will know the songs the minute you hear them – and you will hear them in a whole new light.                                     Advance $20 Door $25 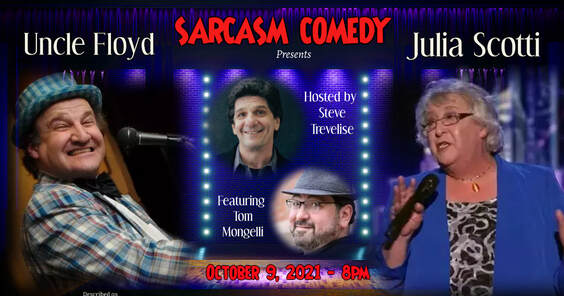 ​
​Saturday, October 9    8pm
​
​The laughter will be nonstop at the when Julia Scotti and Uncle Floyd take the stage! Julia Scotti , a nationally known comedian,and one of the Top Five Transgender Comedians in the country. She currently has a comedy special on SHOWTIME called "More Women of a Certain Age". Uncle Floyd, is an American television, film, and stage performer  known for his comedy/variety TV show Uncle Floyd Show. He is a Jersey Icon! Hosted by comedian and 101.5 DJ Steve Trevelise with Special Guest Comic Tom Mongelli. Advance $30  Door $35 ​